RTA has the ability to enable single sign on. This feature reduces the amount of times you need to sign in to different programs by simply recognizing your windows login.

To set this up, go to System > Setup System Switches > Main System Parameters. Enter in your level 3 password. Then go to the Miscellaneous I tab. Open up switch number 9 for System Security. Change it to SSO. 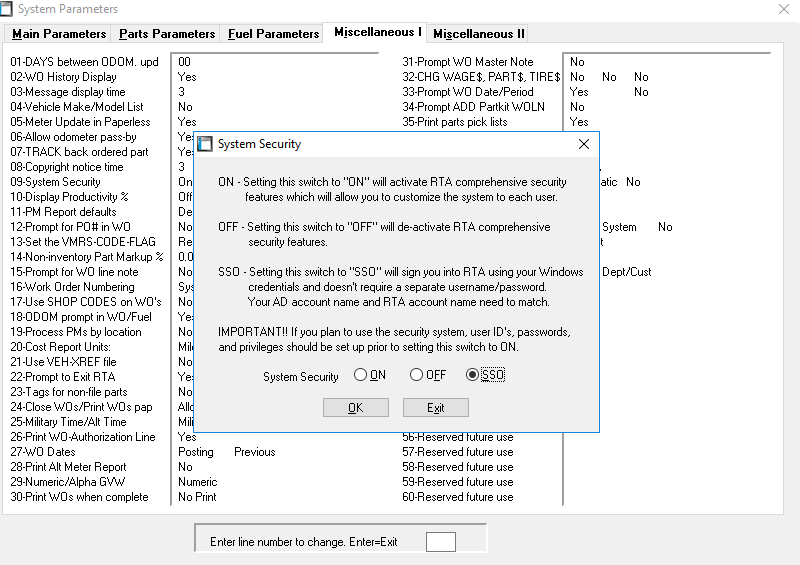 Once you have set the switch, you then need to make sure your username in RTA matches your windows credentials. For example, my personal computer login is just my first name, Enoch. So I would go in to RTA and go to System > Setup User > File Maintenance. I would then create a user called Enoch and put in a password. The password does not need to match the windows password. You will want to know it in case you are logging in to another machine though. If RTA doesn’t find a username that matches the windows login, when you start RTA, it will say invalid credentials and you will have to put in your RTA credentials still.