What can I use RTA API Keys for?

RTA API Keys can be used to access and use RTA API’s to manage work orders, vehicles, or Parts programmatically (for example, to automatically update inventory levels based on purchased from an accounting system). This API is currently in active development and new features will continue to be released.

How do I use the RTA API and API Keys?

Information on how to use the RTA API and authenticate can be found at https://developers.rtafleet.com

The developer's site talks about a Client ID and Secret… How do I get those?

Previously, you would have to fill out a form and send it to Support and they would fill the request for you. Now, you are able to request and manage your API Credentials right on the RTA Web App at https://app.rtafleet.com/admin/api-keys. Currently, only users with the role of “Admin” have access to this page. 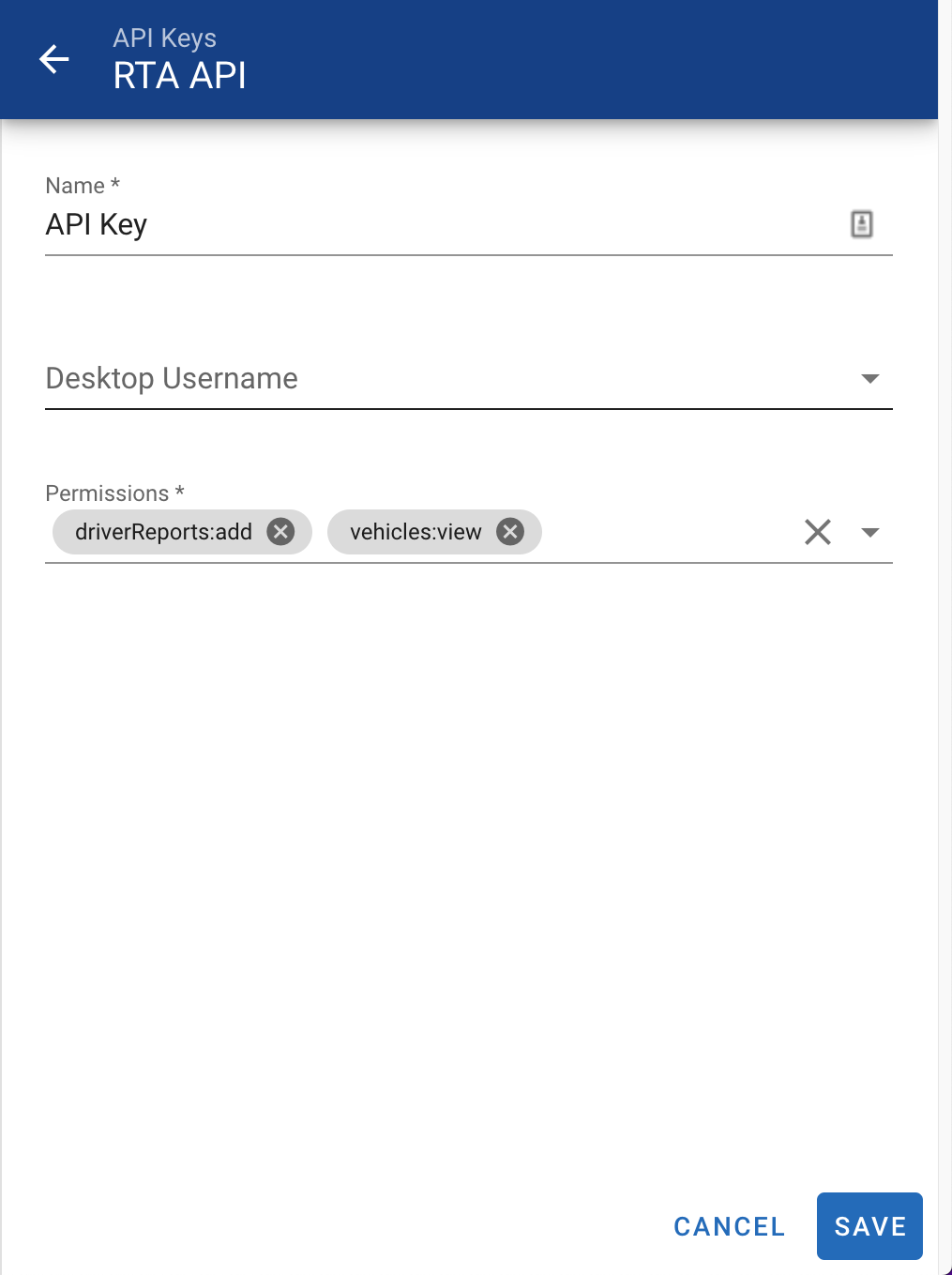 Managing API Keys is meant to be simple and painless. Simply hit “Add”, give the API Key a name (like “In-House Integrations”), give it the permissions that the integration needs (In the documentation for the API all operations should state what permission they need - with a few exceptions), and optionally give it a desktop username. This is used when data is updated and a username is required to specify who did the update. If no desktop username is supplied, “API” will be used.