Users are migrating their RTA systems to run within Microsoft’s SQL database for the storing of their data. This opens the capability to integrate RTA with other SQL databases programs or access the data from outside RTA (such as accounting packages). One of those options is to use the software program “Crystal Reports” to create your own custom reports and view them at any time. RTA has over 140 reports within the system, but some users need the flexibility to have customized reports. With the easy integration of Crystal Reports and SQL, you can create those custom reports with the Crystal Report’s software, save them within RTA, so you or other users in RTA can view/print the reports. Crystal Reports software does not need to be loaded on the terminals to view these saved reports, but you would need the Crystal Report’s software to create custom reports. You can contact RTA for a quote for us to write a customized Crystal Report for you (RTA does not sell or maintain Crystal Reports software) 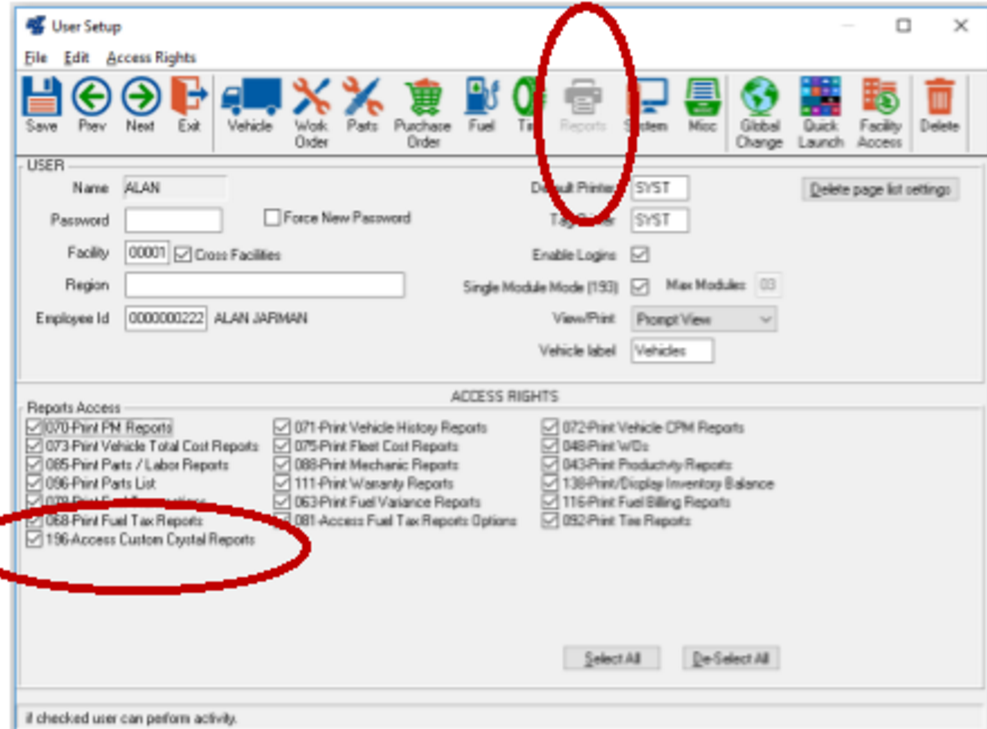 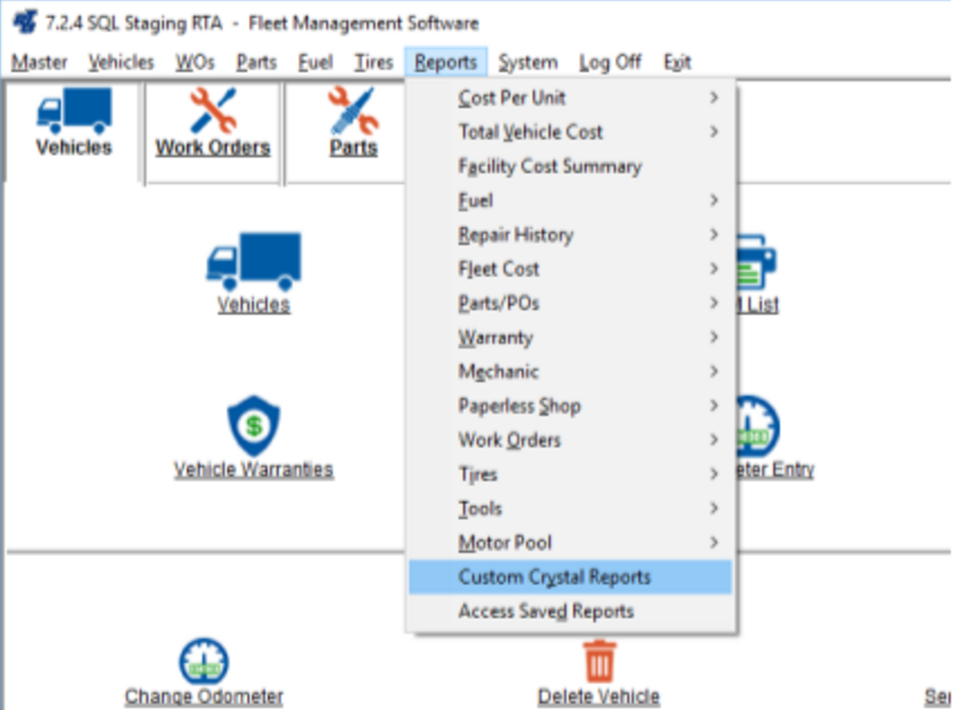 Some Crystal Reports may be only for specific user(s) to access and run. For example, some reports may contain sensitive data or costs that you may not want or may not need other users to have access to. This can be accomplished by creating a sub-directory under the “Custom Crystal Reports” directory. The name of the directory will be the RTA login name of the user that can access these reports. When the user logins in under their name, they will also have access to these reports. If more than one person should be allowed to run that Crystal Report, then create additional sub-directories for each person’s login name and copy the same Crystal Report into their directories.

Example: If you had a user name John Doe, and his login name in RTA was JOHND. You would create a subdirectory under the Custom Crystal Reports directory, named JOHND (Case and spelling sensitivity applies). 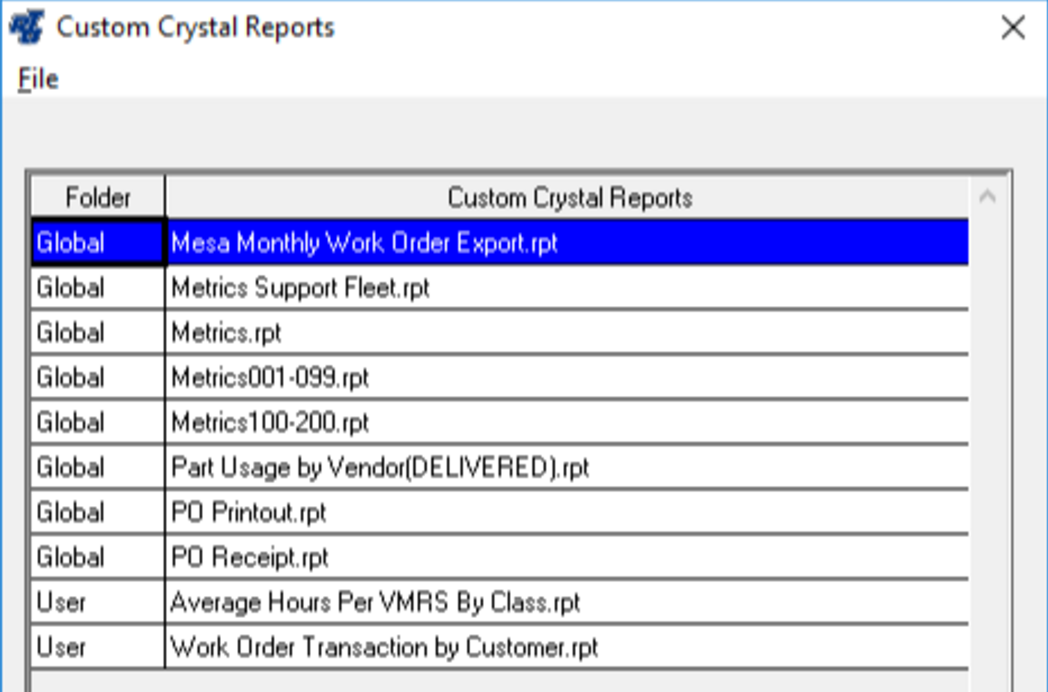 In this example of the Custom Crystal Reports menu screen (RY).