Before configuring the RTA Inspect Integration, ensure you meet the following prerequisites:

Setting up the Integration 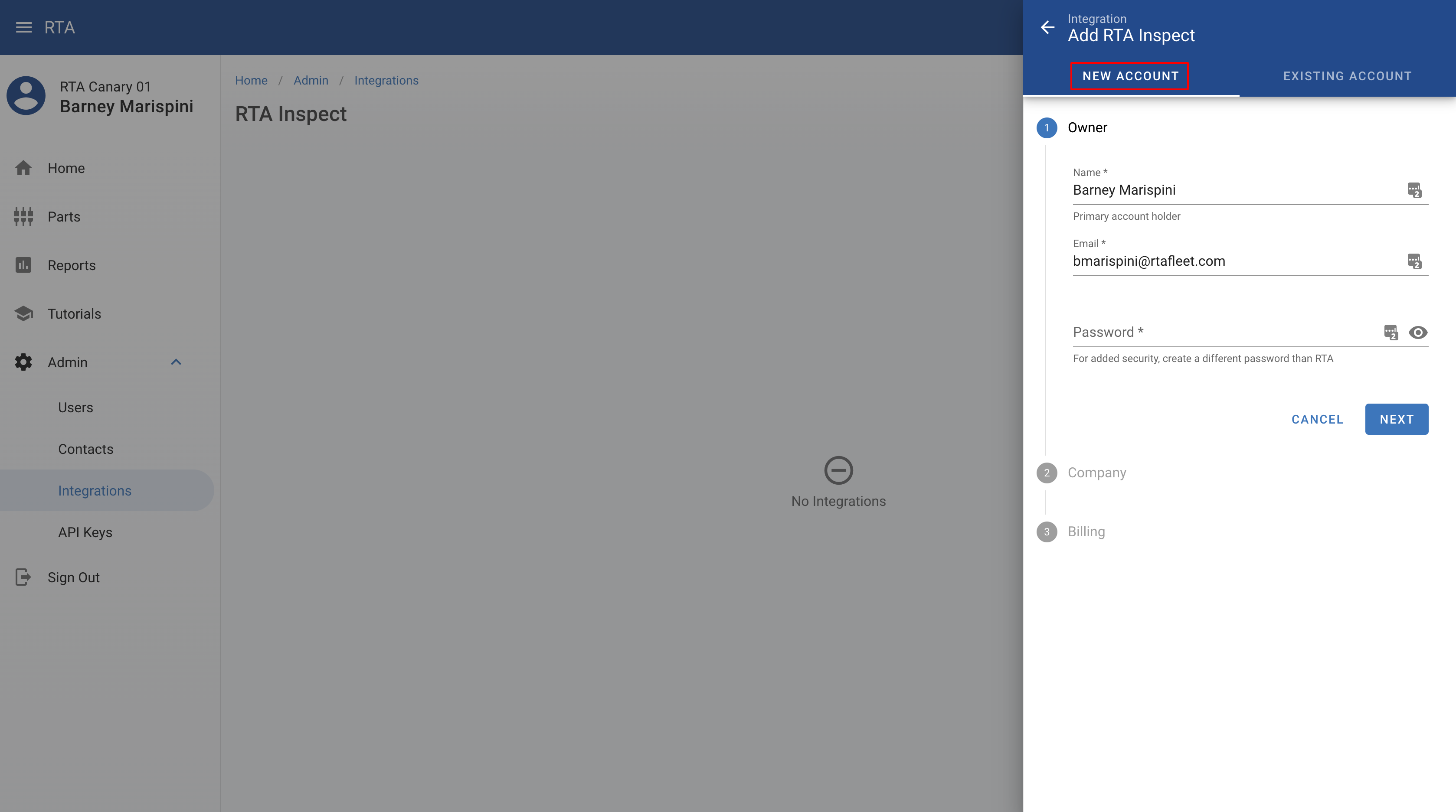 - The “Fleet Size” defaults to your active vehicle count

- The “Billing” information is required for setting up trial accounts

- You will not be charged during your RTA Inspect trial (30 days), or if you are licensed as RTA SaaS, Platinum or above 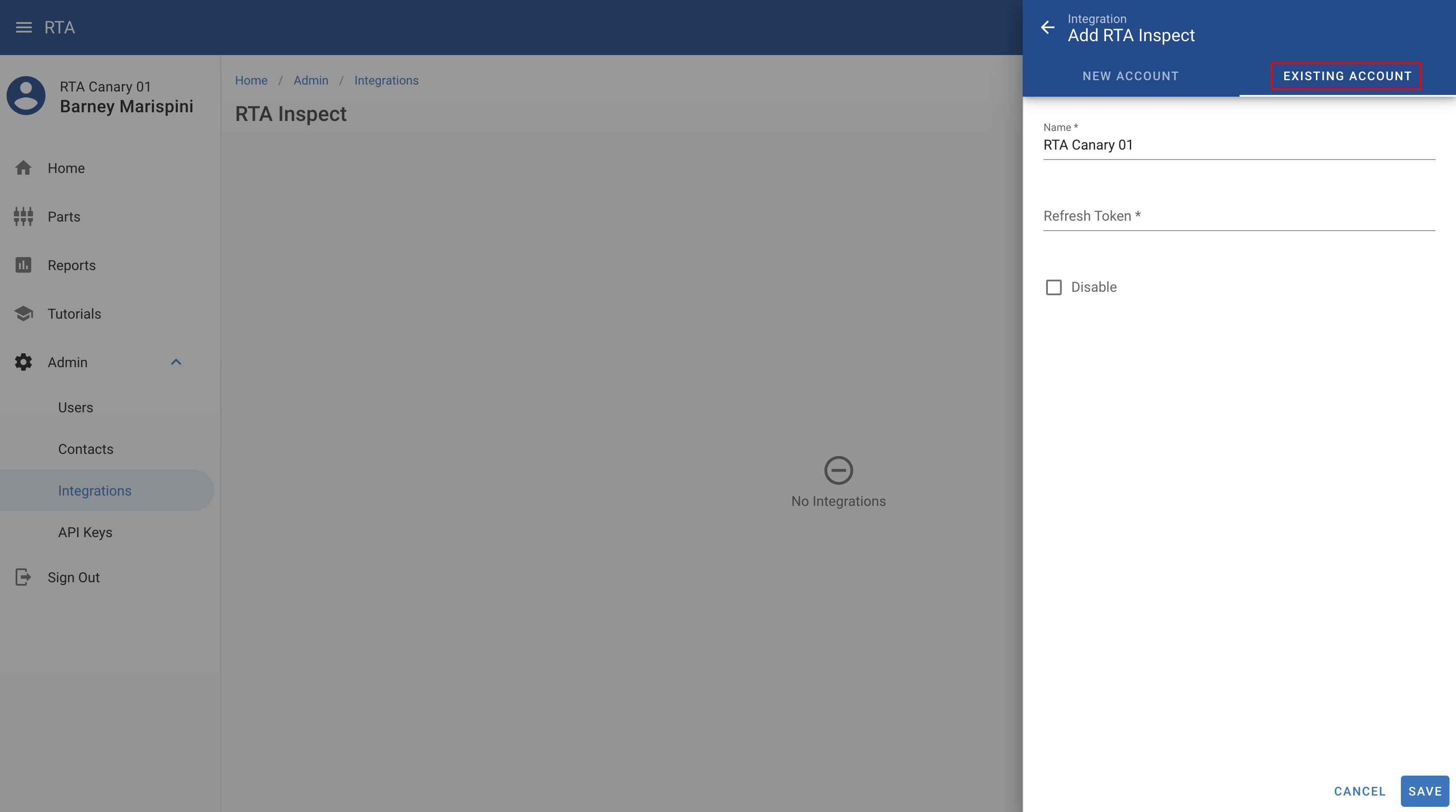 1. Generate an “integration key” on the RTA Inspect Web App

a) Open the following link in a new tab/window

b) Complete the form

- Save the generated key information in a secure location

a) Enter a “Name” for your integration

- The name is just an identifier for companies with multiple integrations

- Defaults to your company name

b) Paste the generated integration key into the “Refresh Token” field

7. Now that your integration has been created, you can begin syncing your vehicles

Linking vehicles is meant to be as painless as possible.

That’s it! If you refresh the page after some time, you should see the list of your linked vehicles.

Common Reasons for Links to Fail

Issues found from RTA Inspect will be automatically added to the Driver Reports module in the vehicle’s home facility that they were reported on, and update the vehicle odometers accordingly. As status changes are made (for example, the issue is assigned to a work order in RTA), the integration will call back to RTA Inspect and update its status accordingly (such as “In Progress”). That’s it! Nothing else you need to do, except do your work and let RTA and RTA Inspect handle the rest!

Currently, it could take up to 15 minutes for issues to be synced both ways. So, if you expect something to be there, wait for at least 15 minutes, and then reach out to RTA Support (support@rtafleet.com) for troubleshooting.

For example, take “Fender | Passenger Side”. It would end up like this in RTA: