There are several different report types available in the reporting application.

ExpressViews are simple reports which comprise vertically expanding data records and groups, and an optional visualization. 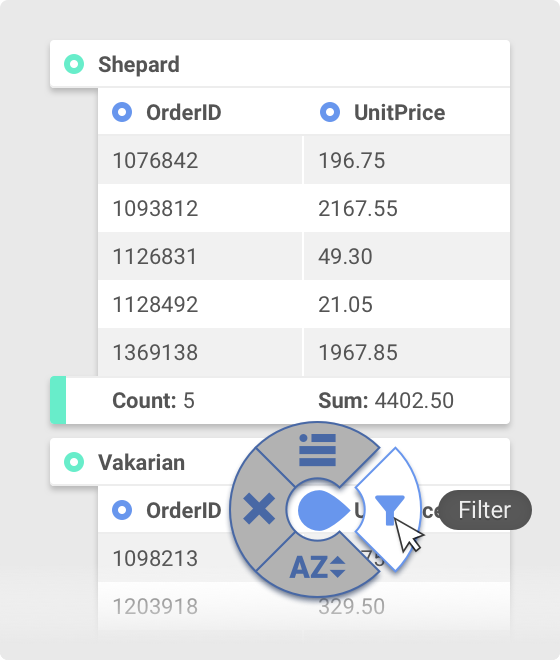 Built with an intuitive drag-and-drop interface, ExpressViews are intended to be a way to get started quickly and begin viewing data with as little friction as possible. There are no separate designer and viewer; instead, when executed, data populates the report inline. ExpressViews can be converted to Advanced Reports in order to gain the additional capabilities of that format.

ExpressViews can be scheduled, embedded into web pages, and exported to multiple formats.

Advanced Reports are the flagship report type of the application.

The most powerful reporting tools are available with Advanced Reports, including repeating groups, complex join, filter, and sort logic, linked child reports, and more. Advanced Reports are made using an Excel-like grid-based interface. The Advanced Report Designer allows users to build reports without requiring knowledge of SQL or the underlying data model. Advanced Reports can be executed to a browser-based Report Viewer interface, which allows for interactivity, additional changes to be made without re-running the report, and for saving user-specific customizations.

Advanced Reports can be scheduled, embedded into web pages, used to populate document templates, and exported to multiple formats.

Express Reports are a simpler version of Advanced Reports.