**For all Geotab users, attachments can be configured to be forwarded from Geotab into the RTA https://docs.rtafleet.com/what%27s-new/7.3/review-driver-reports/ screen, then on to the Work Order.

As of RTA Version 7.4, when an attachment is added within Geotab, as a part of the DVIR process, images and other attachments can be included. According to the RTA/Geotab integration, when a failed DVIR inspection line is submitted from Geotab, it will be added into RTA as a https://docs.rtafleet.com/rta-manual/driver-reports/. If the Geotab record has an image attached, then the integration will carry that image over to the Review Driver Reports (WDD) module in RTA. This images can be viewed from the ‘Attachment’ button in the Defect screen: 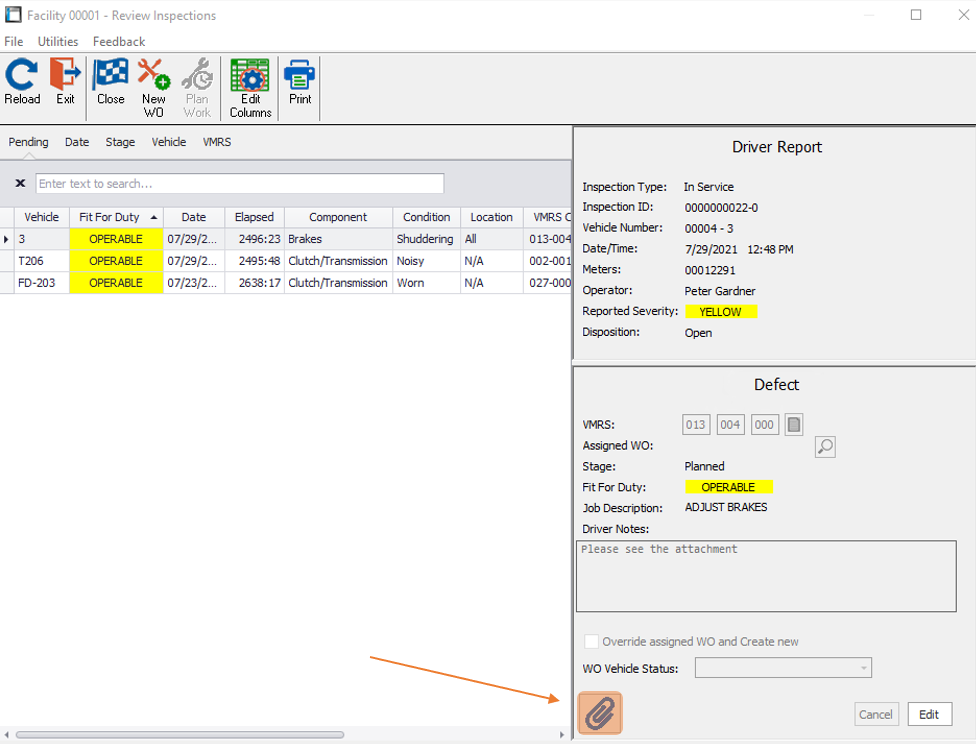 From this screen, the user can follow the https://docs.rtafleet.com/what%27s-new/7.3/review-driver-reports/ process to create a new work order line, processing this attachment from the driver reporting screen to the Work Order screen.

This feature is also available to non-Geotab users if the user would like to attach an image or file from the Review Driver Reports (WDD) screen BEFORE creating a new WO Line (as long as the line status is Unscheduled). If the WO Line has already been created, then an attachment is added, the attachment will not carry over from WDD to the WO.