Within the Work Orders module of RTA, there is the ability to postpone or defer work that can be accomplished at a later date. Previously known as 'Deferred Jobs”, the new Planned Work option allows RTA users to now transfer WO Line details (such as notes) from an existing work order to a future one. Planned work will also allow users to schedule reminders of work and future job planning from a work order or Drivers Report.

When a work order line is created, with all details attached, it will show on the work order screen. When a time comes that this work order line needs to be rescheduled or planned for a future date, the user can select “Resched WO Line” 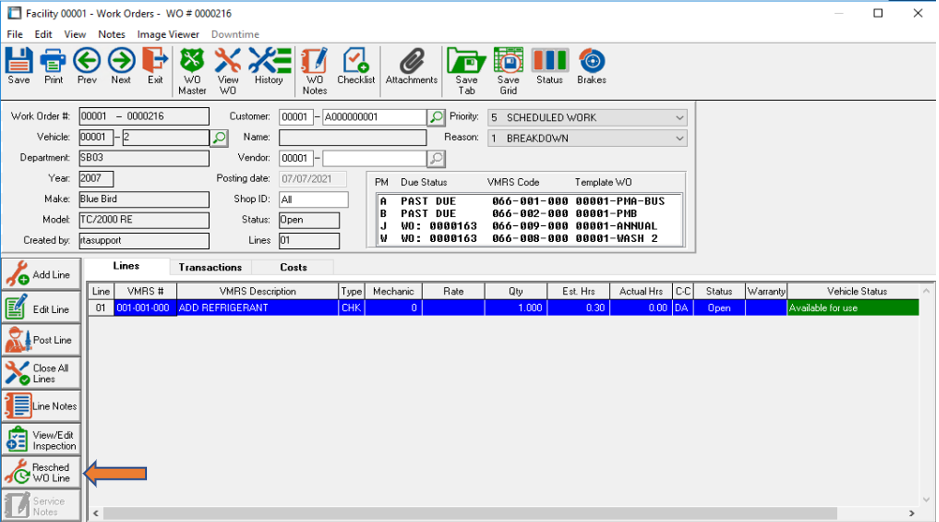 A details screen will prompt, showing the vehicle details, as well as the options of which event the user would like to set the job as “Due By”. The Due options are: 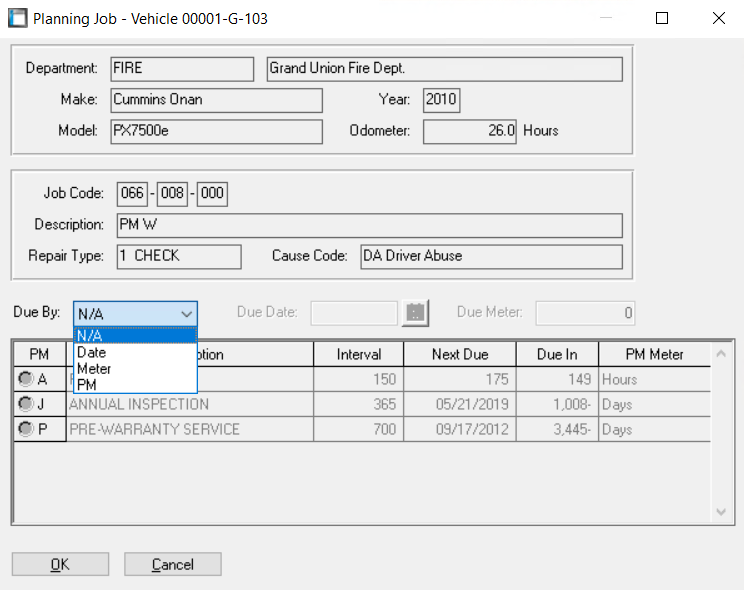 The purpose of the Due Date/Meter is to allow the ability to search and organize these planned jobs from the Planned Work report (WF). This overview can be run regularly by Shop Supervisors to determine work priority and plan/assign future jobs. The column header, “Due Date” can be applied to the report lookup as way to filter or organize the jobs:

As driver reports are submitted in or through RTA (WDC), they can be found in the Review Driver Reports screen (WDD). Previously, the only options in this screen were to create a work order from the review line, or delete/close it. With the addition of Planned Work, users can now create work order line details on the review screen, but instead of converting the report into a work order line, they can place it automatically to the vehicle as a Planned Work line.

Follow the same steps as creating a WO line (Edit > enter a valid VMRS code > Notes/Status/etc. > Save), then highlight the report line and click “Plan Work” at the top. This will add this job to the Planned Work report to be edited/created into a work order in the future. 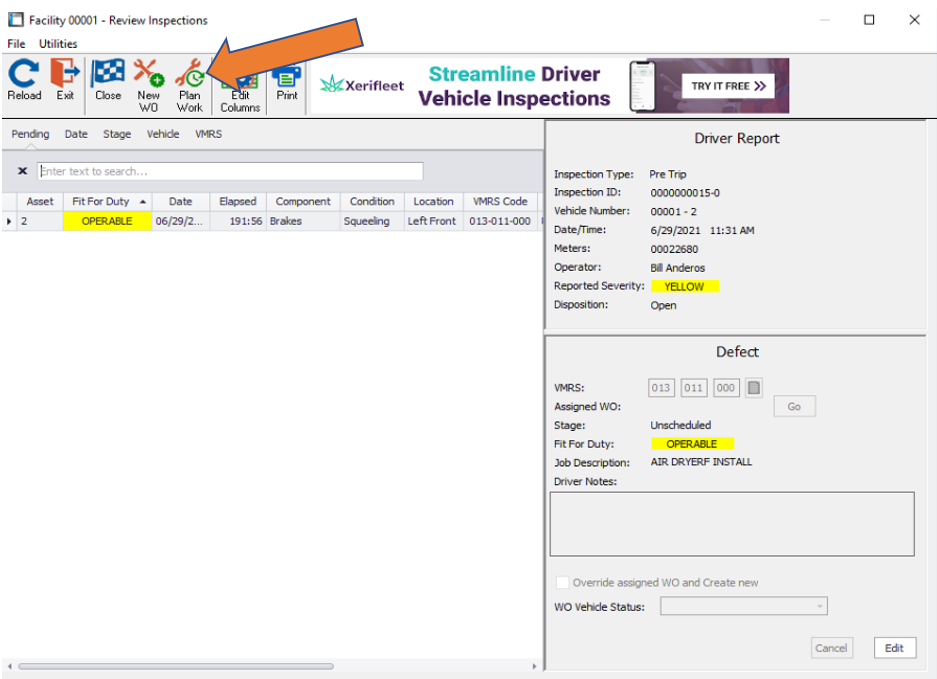 Under Work Orders > Planned Work a user can see the total jobs that have been planned through a Work Order or Driver Reports.

This list, similar to most lists in RTA can be edited and filtered based on the user’s needs. One quick tip as of RTA Version 7.4.2 is that the Column Headers of “Due By” have been added, so planned work can be viewed by when it’s due. These “Due” values can be set to Date, Meter or PM (and include the PM Description). 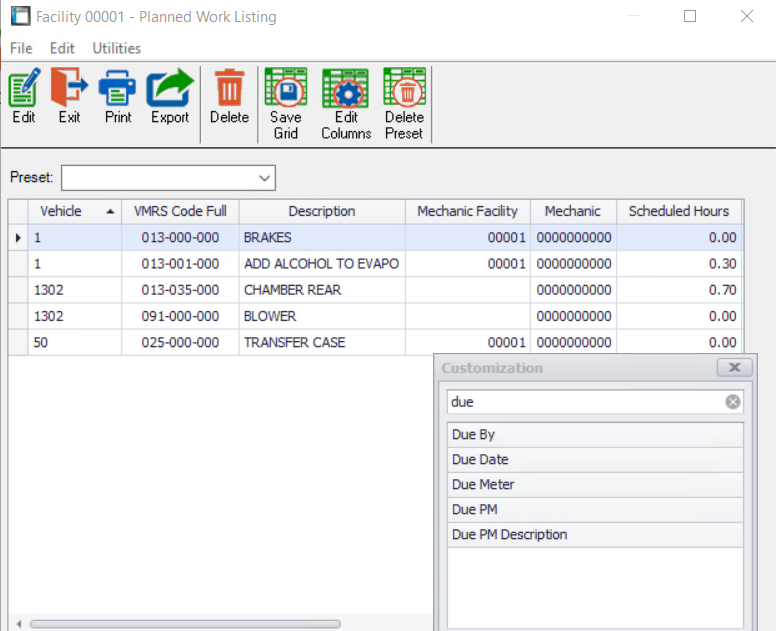