In previous versions of RTA, several features of the Parts File F1 lookup list have been either counting incorrectly or pulling no data as RTA was still configuring the data details. These data fields are now available within the Parts Master F1 screen: 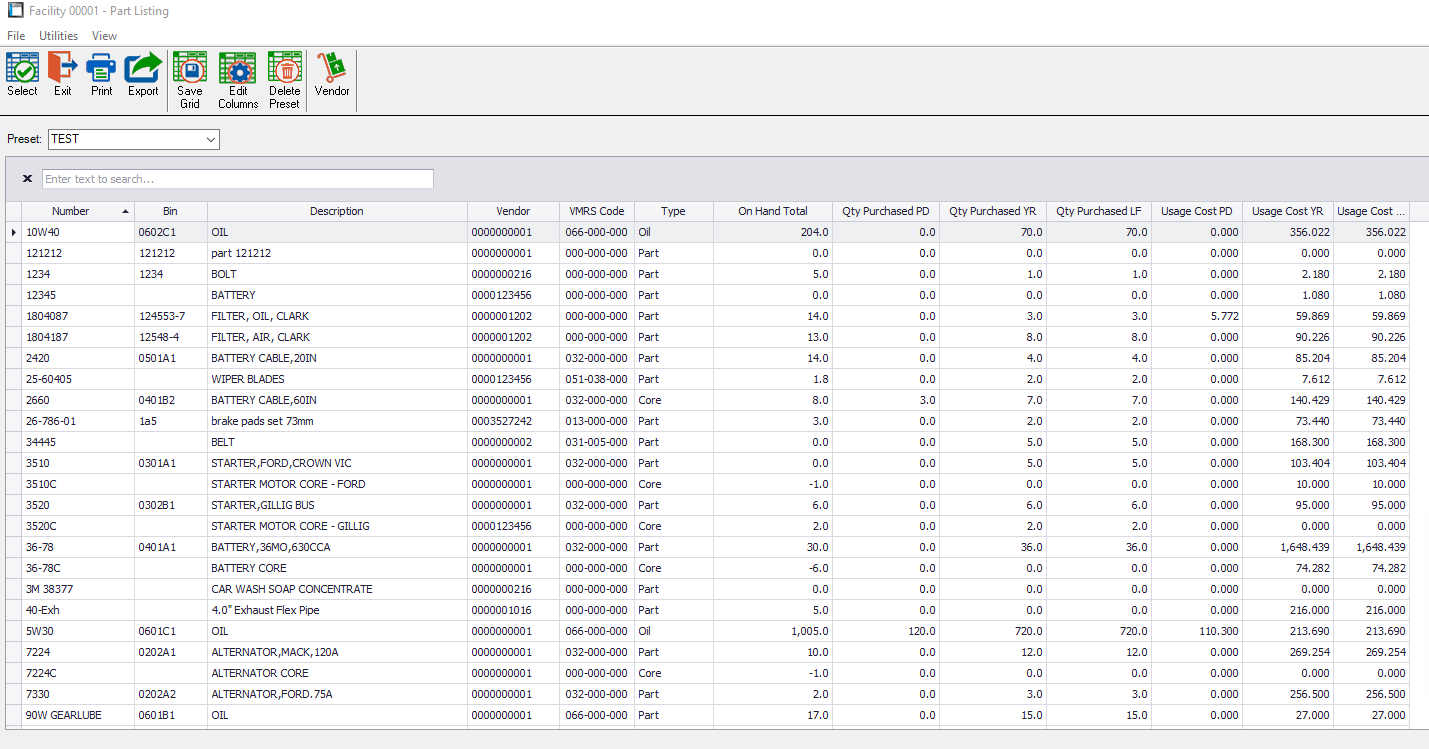